Appreciate coaches sharing some of their analytics. Quick rundown for us. We are a senior heavy team (start 4 seniors and 1 junior) and many of them were very hesitant to buy into Lock Left. We started putting it in at a very basic level (cross half and gap and deny) this summer and of course the first team we played had 2 lefties that were there best players. Not only did it not work, we were terrible at executing it! That was a shot to the confidence for sure. However, I was committed to sticking with it.

We showed data (similar to what you see attached) to our kids to try to persuade them to be all in on the defensive system. They were not completely bought in until we played our rival conference school that will contend for the conference title with us and we held them to 7 points in the first half. They were in the locker room talking about how effective it was and how they needed to continue forcing the action that was giving us so much success! It was a turning point for us as far as buy in goes.

We still have games that we struggle to effectively get teams left and stay left but when we do, it has been huge for us. The shot chart and data below is through 11 varsity games. Probably a 1/4 of those right handed layups have come off of offensive rebounds (clearly an area we need to shore up!) Not only have teams shot consistently worse from the left side of the floor, they are taking more shots from there.

Truthfully, I would like even more of those shots coming from the left and that has been a focus for us over the past week. Get it left, keep it left!

Hope others are finding success with this defense! 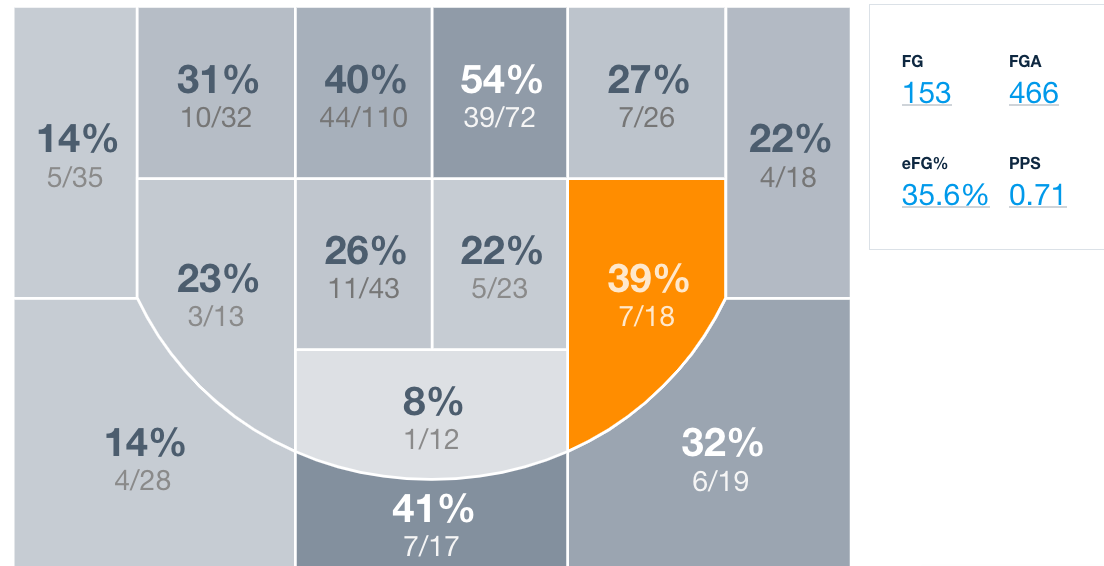